i2i Vision Designs USA projects is a full-service web design, application development projects – graphic design company. We utilize unique ideas and methods to execute the best projects for our customers. Whether you need a new design for your new business or thinking about having your brand image completely made over, i2i Vision can help you get exactly what you’re looking for and more.Armed with a dedicated team of highly skilled professionals including Solution Architects, Web developers, Web Designers, Graphic designers, Quality Assurance Testers, i2i Vision is eager to create a masterpiece for your business.

The i2i Vision website design method is one of quality. And that is why “Quality is our Mark” is our code of conduct and lies at the very heart and soul of every project we complete.

We strive to make EVERY site dynamic, so our clients can edit things by themselves! We believe it’s a dis-service to hard code things into the code where clients cannot reach it. Some developers do that so you have to come to them every time you want to change things. We would rather put the content management in the hands of the client, and focus our energy on more important things. It frees our time for programming, adding new features, etc. And if the client is happy, they will give us more tasks. THAT’s “customer service”.

The Future of WordPress: Is Javascript taking over PHP?

Are you using the WP Smush.It plugin? Time to Upgrade!

The WP Smush.It plugin depended on Yahoo smushing servers… up until now!  Yahoo silently took down their servers, leaving users of this plugin in a lurch.  So the developers at WPMU have provided a server for the purpose, which requires users to upgrade their plugins.

Retina is a phrase coined by Apple with the advent of the iPhone 4. The display size of the iPhone 4 is 3.5”, at a resolution of 960 x 640 pixels. At this resolution, at an optimal viewing distance, the human eye struggles to distinguish individual pixels, so the technology was branded Retina display.

On September 4, 2014, WordPress 4.0 “Benny,” named for jazz musician Benny Goodman, was released to the public.

To talk about WordPress eCommerce website design, we have to go through some basic facts first.
At present, approximately 17% of the websites across the world are developed by utilizing WordPress‘ incredible platform, which is renowned for its simplicity and user-friendliness.  Of all the CMS engines available, WordPress holds around 70% of the market!  This CMS website platform encompasses some unique features which are beneficial for all types of businesses small and big.

Your site has updated to WordPress 3.8.2 – How did this happen? 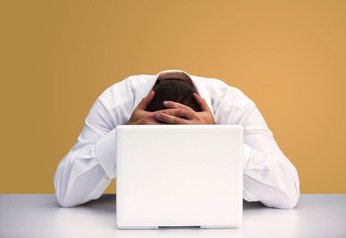 In the last 24-48 hrs, you might have been surprised by an email in your inbox stating your site’s WordPress version had been udpated to WordPress 3.8.2.
You might be asking yourself, “How?  I didn’t ask for that!”  Well, the developers at WordPress.org added a new feature in the last release to allow for security updates, using automatic upgrades to accomplish it.
You can read more about the details of 3.8.2 here.

Creating a website is a task that requires a lot of knowledge and skills. It is the job of a professional to use his skills and intellect to create a fully functional website. The designer would generally require a platform where she/he can create the website and manage it as well. One of the best tools to efficiently carry out this job is WordPress. It is a platform that facilitates every designer or developer to create his piece of wo